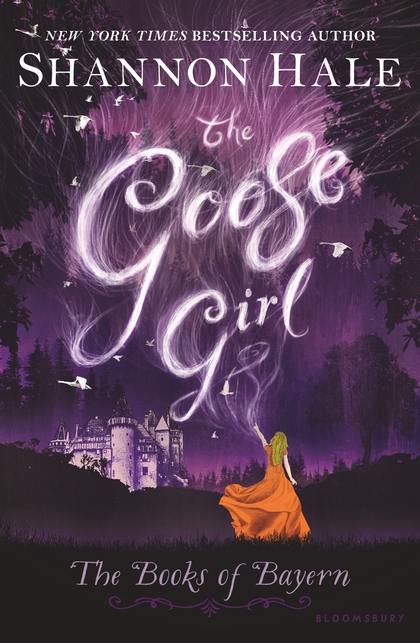 Published May 1, 2005 by Bloomsbury Childrens

Anidori-Kiladra Talianna Isilee, Crown Princess of Kildenree, spends the first years of her life under her aunt’s guidance learning to communicate with animals. As she grows up Ani develops the skills of animal speech, but is never comfortable speaking with people, so when her silver-tongued lady-in-waiting leads a mutiny during Ani’s journey to be married in a foreign land, Ani is helpless and cannot persuade anyone to assist her. Becoming a goose girl for the king, Ani eventually uses her own special, nearly magical powers to find her way to her true destiny.

Yeah, this review is not going to be much more than me absolutely gushing because this is my favorite book of all time.

Listen, I love a lot of books. Harry Potter owns my soul, basically, but that’s the series as a whole. As a singular book, this one is easily on the top.

I decided to reread this recently because school is hard and I’ve been stressed and I needed something familiar and comfortable to make me feel better. The Goose Girl is like a bowl of warm chicken soup for me – it can make me happy no matter what. I’ve read it more times than I can count.

I actually listened to the audiobook, which I’d never done before! It was cool because it’s a full cast audio drama, with different voices for all the characters. And even if I didn’t like the voices for some of the characters (*cough* Finn *cough* Falada *cough* Conrad *cough*), I did like the voice for Ani, the main character, so that’s what really matters. I highly recommend it!

Reasons you should drop everything and read this book right away:

The point is, this book is everything you never knew you needed in a fantasy novel. It means so much to me and it amazes me every time that I read it and I get upset when I think about over underrated it is. Moral of the story: read The Goose Girl.

“If we don’t tell strange stories, when something strange happens we won’t believe it.”

Have you read The Goose Girl or any of Shannon Hale’s other books? Do you love fairy tale retellings? Let me know in the comments!

8 thoughts on “Review: The Goose Girl by Shannon Hale”