I took a Jane Austen class this semester, which was a lot of fun! Even though I had read most of the books previously, I liked returning to them without a short window of time so I can properly compare them.

So the thing is, I really, really like all of Austen’s novels. All of them are so close to each other in ranking, which made this a really difficult list!

And here we go: my least favorite to favorite Jane Austen novels. 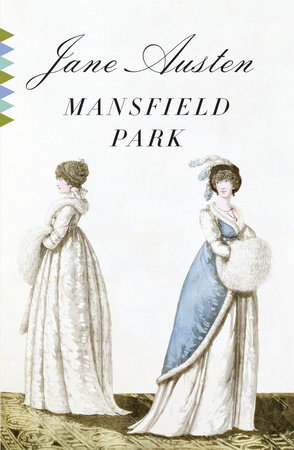 I know I’m far from the only one to put this book at the bottom of the list. The general consensus seems to be that, compared to Austen’s other heroines, Fanny Price just…isn’t that interesting.

In case you didn’t know, this novel follows Fanny Price, who is sent at a young age to live with her aunt and uncle Bertram at Mansfield Park because her family is poor and the Bertrams are rich. She grows up and her only friend is her cousin Edmund because her other cousins and everyone else treats her pretty terribly. Things start to get interesting with the arrival of Henry and Mary Crawford, a brother and sister whose sole interest seems to be creating drama. Events unfold, people marry people they’re not supposed to, there’s some subtle commentary on slavery, and Fanny ends up marrying her cousin.

Mansfield Park has all the usual wit and social commentary as Austen’s other works, but its downfall for me, like I said, is that Fanny is just kinda meh. I don’t dislike her. But it’s hard to love a character who spends most of the novel watching events unfold around her and doing nothing to affect them. Plus, the ending feels a bit rushed and stitched together.

To be fair,  this is the only Austen novel that I’ve only read once, and I do tend to like her books more on reread since I’m less focused on figuring out what’s happening. So maybe one day I’ll realize I love this book.

Sense and Sensibility follows two sisters, Elinor and Marianne Dashwood, whose fortunes have taken a turn for the worse after their father dies and their half-brother boots them out of their home. The focus of the book is on the contrast between the sisters – Elinor, practical and reserved; Marianne, emotional and impulsive – as they deal with falling in love and heartbreak.

Really, the thing I love most about this book is the relationship between the sisters, as most people tend to also. Their interactions, their frustration with each other, and their obvious love for each other is both fun and heartwarming to read about. Plus, it’s really interesting to think about how each other them fit in (or don’t) with the conventions of the time on how women were supposed to act. Also I hardcore relate with Elinor (and every “which Austen heroine are you” quiz I’ve ever taken agrees).

Other than that, though, this book just isn’t my favorite. It’s only been three months since I read it, but I’m already forgetting most of the plot points, even though I’ve read it twice now. It was the first of Austen’s novels to be published, and it has many tropes that I think she uses more successfully in later works, such as the deceitful cad (Willoughby vs. Wickham) and the disapproving older family member that prevents a marriage (Mrs. Ferrars vs. Lady Catherine). And I still feel kinda weird about Marianne (17) marrying Colonel Brandon (36). 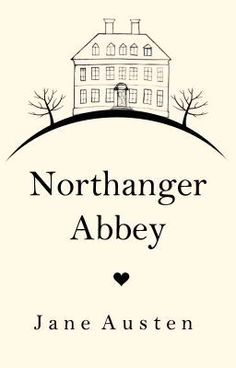 One of Jane Austen’s earliest books follows Catherine Morland, lover of Gothic novels. Even though she doesn’t fit the conventions of a Gothic heroine (her parents aren’t dead or evil, she’s not beautiful or brilliant, she hasn’t been locked away in a castle), she likes to imagine that she is one. She goes to Bath, meets Henry Tilney, visits him and his family at Northanger Abbey, and mistakenly believes that everyone around her is a character in a Gothic novel, which lands her in some trouble.

Catherine as a character is a lot of fun. She’s one of Austen’s youngest heroines, and it shows – she’s innocent and sometimes painfully naive. But that’s what makes this novel so enjoyable! Even when you’re groaning and facepalming at Catherine’s lack of awareness, you’re laughing because it’s so ridiculous. That’s Jane Austen for you. Henry Tilney is also such a funny character – the first conversation he and Catherine have is about muslin and handwriting. Henry why are you like this. It’s really amusing. And then, of course, when things get serious, the contrast is all the greater because of the silliness of the earlier parts.

Compared to Austen’s other works, though, it is quite simplistic. It’s pretty obvious that it was written early in her writing career. I think it’s the shortest one as well, which means it doesn’t have quite as much space for all the complexity of the other books. It’s quite focused in on a small cast of characters and doesn’t delve as deeply into social commentary as many of Austen’s other works do. Persuasion stands apart from many of Austen’s novels, as the last book she published, and the oldest protagonist and most melancholy tone. It’s about Anne Elliot, twenty-seven, who is under-appreciated and overlooked by her family. Eight years ago, she was engaged to Frederick Wentworth, but her family persuaded her (ayyy, get it?) to break it off because he wasn’t rich enough. Now, Wentworth is back, a distinguished naval captain, and Anne is sure that he will never forgive her. Shenanigans ensue.

On the surface, this is quite a simple novel. Anne and Wentworth spend much of the novel secretly pining after each other, and you’ve got the usual Austen tropes of the annoying relatives and everyone being way too interested in other people’s personal lives. This one feels so different, though, not only because Anne is older than any of Austen’s other heroines. The fact that we’ve got an already established relationship between the two characters, and the fact that they spend much of the book just not talking to each other, sets it apart. The writing feels more modern than Austen’s usual. It’s full of longing and regret and wistfulness. And then, of course, is there anything more romantic than “You pierce my soul. I am half agony, half hope”??

Plus, it’s really interesting to think about the fact that this might be the most autobiographical of Austen’s books, and it was written during the year that she died. It’s really sad, actually. And we know how much I love sad things. 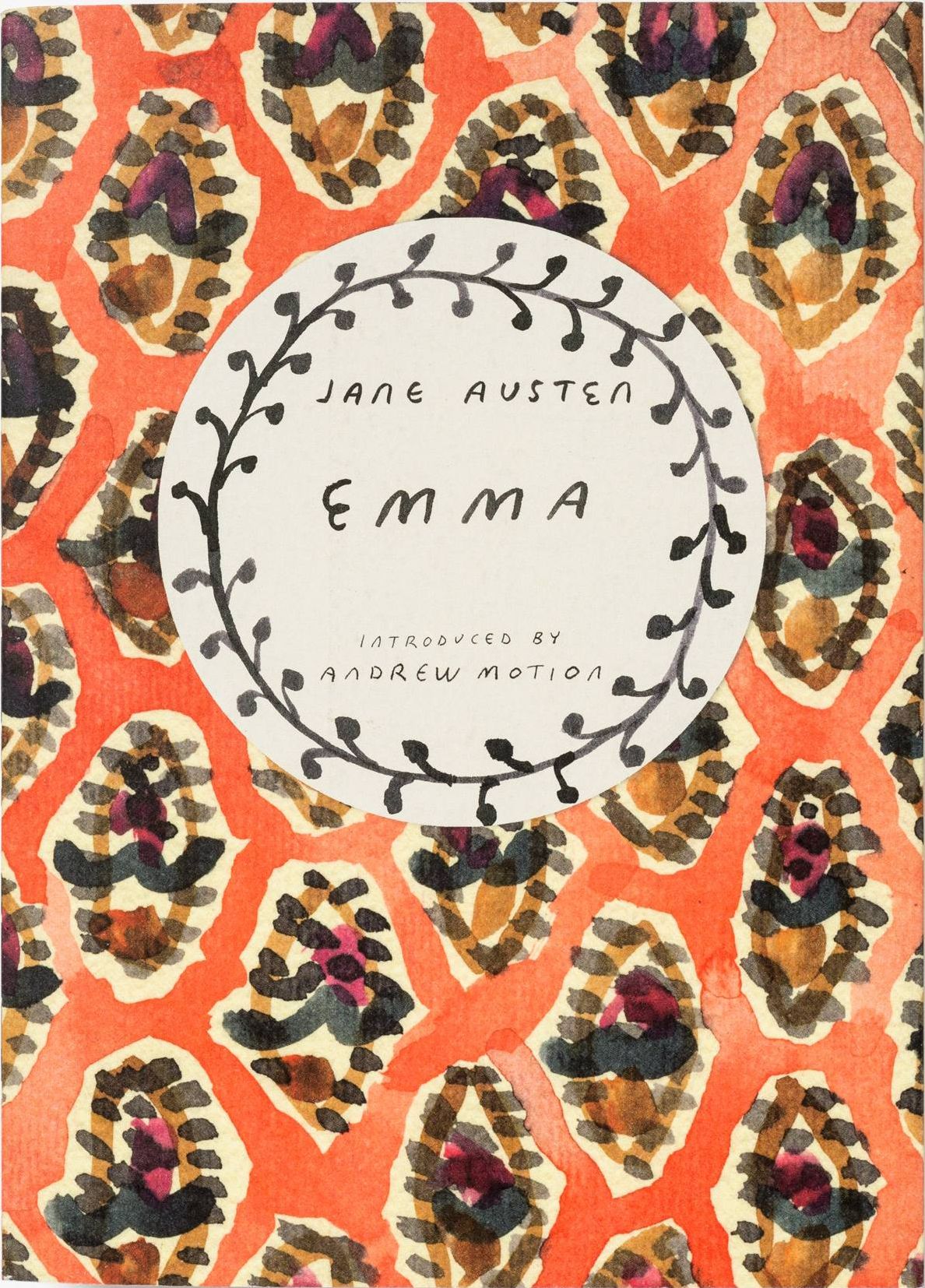 People generally seem to be divided on this one – they either love it or hate it. I, of course, am someone who loves it. Obviously, I mean, it’s number two on my list. Austen said that Emma Woodhouse “is a heroine whom no one but myself will much like,” and I can understand why. But Jane, I have to disagree, because I love her. (And so does Knightley.)

Emma, of course, is about Emma Woodhouse, single and rich, who’s more interested in setting up her friends and neighbors than getting married herself. The novel mostly deals with Emma’s growth as a character as she makes mistake after mistake after mistake, and how it impacts her relationships with the people around her.

This novel, like Persuasion, is deceptively simplistic – it follows a handful of characters in a small English village and never really ventures outside. But under the surface, it’s so complex. One of the major draws, for me, is the characters themselves. All of them are multi-faceted and extremely interesting, even the ones that you immediately assume are supposed to be the comic relief (like Miss Bates). Their relationships are complicated and ever changing. As the plot unfolds and secrets are revealed, it becomes clear that nothing is unimportant for Austen – the smallest details, the most insignificant characters can make a huge difference.

Emma herself is such a delightfully infuriating heroine. Even when she’s at her most stubborn and ignorant, I loved reading her character, mainly because I know how much she grows over the course of the novel. She gains so much depth and empathy and understanding, and by the end I feel so proud of her. Man, I love this book.

(This gif sums up their relationship perfectly.) 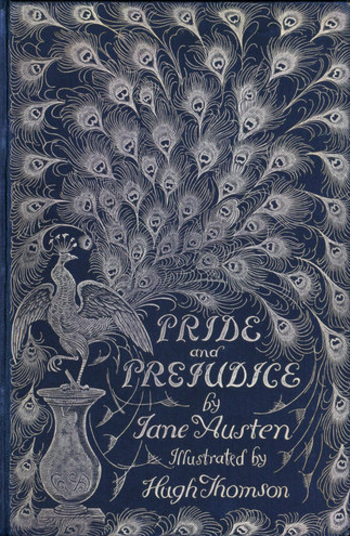 To nobody’s surprise, here it is, my favorite Jane Austen novel. Really, there’s no competition. While I love the rest of Austen’s novels, my love for P&P is on a whole different level.

Uh, how do I even summarize this? Elizabeth Bennet’s family is weird. She meets rich Mr. Darcy and he insults her and she decides to hate him forever (even as he’s falling in love with her). Drama happens in the form of ill-timed proposals, surprise engagements, betrayal, love, etc. You know the plot.

I’m struggling to actually put into words why I love this book so much, to be honest. Partly I think it’s one of the best constructed love stories I’ve ever read, and it’s had such a huge influence on romantic stories that we read and watch today. I love this story in basically any form, whether it’s modern day or with zombies or dragons or whatever. It makes me so happy.

Really, I think it comes down to how much I love Elizabeth and Darcy, both as individual characters and as a couple. Elizabeth, of course, is widely regarded as one of the best literary characters of all time. A woman ahead of her time, a role model for generations to come – but also extremely flawed and complex. And Darcy, who I love because he’s such a dork. He’s socially awkward and shy and has no idea how to act around his crush. Really, what more could I want from a character?? The relationship between them, the banter, the conflict, the tension, is so fun to read.

This book is a masterpiece and I don’t think anything will come close to replacing it in my heart. I know I’m not alone in this, since Pride and Prejudice is unquestionably Austen’s most well-known book. There’s a reason for that, I think. It’s a brilliant work of fiction and it deserves all the praise in the world.

Have you read Austen’s novels? Do you agree with my rankings? Which of her books are your favorites?

8 thoughts on “My ranking of Jane Austen’s novels”