We’re into the final week of the year, which means it’s the time for looking back and reflecting on what I’ve accomplished in the past twelve months. And when it comes to writing…well, I’m happy to say that there’s a lot to talk about.

2019 has been my best writing year since…pretty much ever. (I probably wrote more when I was, like, eight and had no responsibilities, but I don’t think that counts.) There was a lot that combined to let this happen: finishing college and not having that stress hanging over me at all times, not working full time. I didn’t have a ton going on in my life this year, which meant I could throw myself into my writing more than I ever have before.

Let’s look at my writing accomplishments from this year, shall we?

That seems like a lot. And it is a lot – I’m not going to downplay my accomplishments. But when I look back, it doesn’t exactly feel like I spent every second of this year writing. There were days and even weeks when I didn’t put down a single word. (I haven’t written at all since November.) I rarely wrote more than 2k in one day, and I constantly felt like I still wasn’t writing enough.

But I guess this is what happens when you make writing a priority and try to add just a little bit at a time. It adds up. Looking back, it doesn’t feel like I wrote three novels this year. But I did. And that’s pretty cool.

What was I working on all year?

Like I said, I finished three novels. Let’s take a look at them.

This was the draft I started last year and finished in January. In total, it comes to 85k words. This is a portal fantasy that’s been living in my head for literally years, and even though I’m happy that I finally got it out…it’s not great. This is probably the messiest first draft I’ve ever written, and that’s saying something. Who knows, maybe someday I’ll return to this one and make it into something actually readable, but for now, it’s gonna be gathering dust on the shelf.

My writing update from this project: here.

This was the draft that I spent the majority of the year working on and talking about. It took me about eight months to write and ended up at about 84k words. I’m definitely not satisfied with where this draft is at the moment, but I’m a lot more excited to return to it and make it into something that I can actually be proud of. This story feels very close to my heart: it involves dragons and strong friendships and complex characters whom I love, and I already miss working on it.

And finally, the draft I wrote during NaNoWriMo of this year was a retelling of Persuasion by Jane Austen. I ended up with about 60k words, which is the most I’ve written in the span of a month. Even though this draft is also kind of a mess (seeing a trend here), I’m really proud of what I was able to accomplish! I hope Jane Austen would be happy with it.

2020 is a new year, so that means I should probably make some new goals, right?

Right. Well…I haven’t done that. With my entire future kind of up in the air at the moment and some big changes probably coming my way next year, I don’t really know what I’ll be able to accomplish. Basically, my goal is just to fit writing in wherever I can. I think I’ve gotten pretty good at making it a priority over the last year.

But I do want to wade into the murky waters of revision for the first time and start to make my dragon story better. I have a new story idea that’s been percolating in the back of my head for the past few weeks. And I also have a short story idea that I’m excited to work on as well.

In short, I have a lot of writing ahead of me! Who knows when I’m going to find time for it or how it’s going to go, but that’s for future me to find out, right?

All year, I’ve been giving you music that reflects the WIP I’m working on, and now I’m going to give you one song that I think sums up the feel of each project. No pressure on these songs, though.

And finally, allow me to sum up the three main characters from these projects using dumb bird memes: 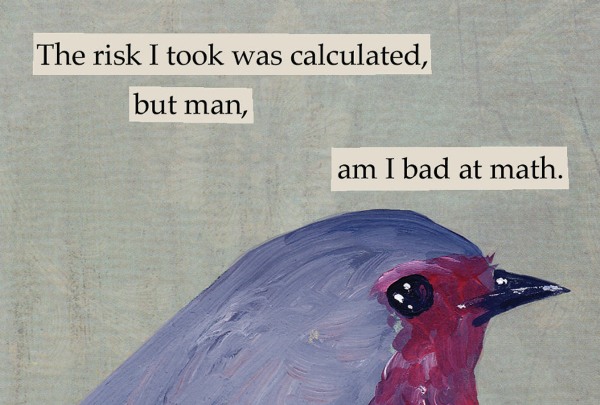 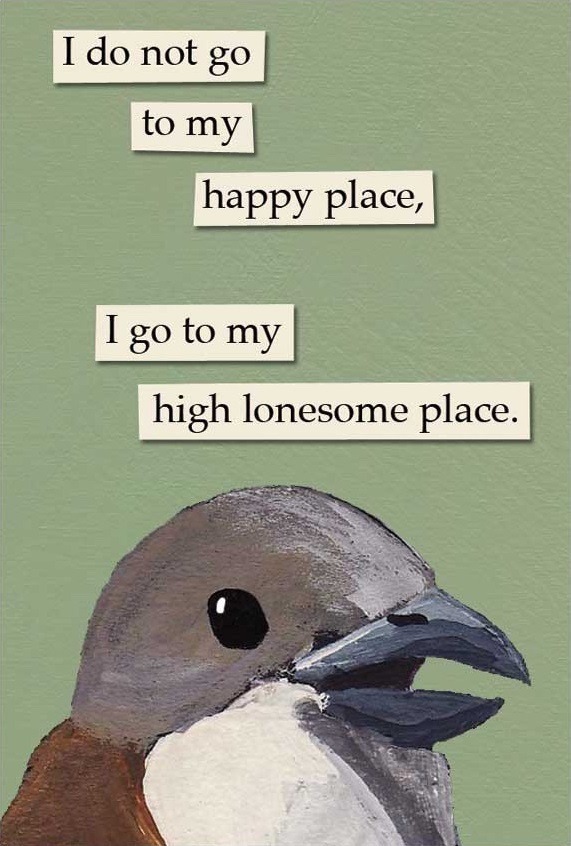 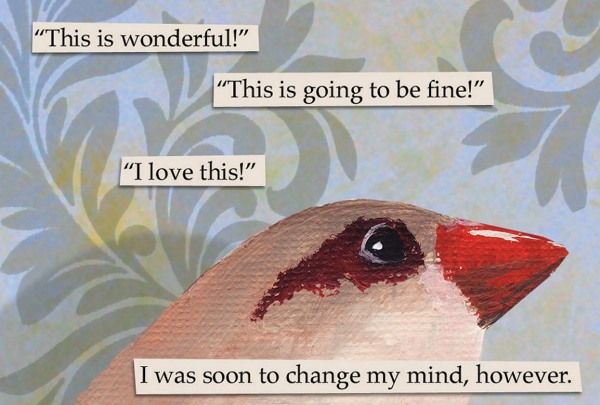 How was your writing year? Did you finish any major projects? What are your plans and goals for writing in 2020?