When I first saw this tag over at Sophie @ Me and Ink‘s blog, I wanted to do it immediately. I read about a lot of amazing characters this year and I want to have the chance to rave about them! So that’s what I’m doing today. Enjoy!

(All fan art is linked back to its source.)

Zachary Ezra Rawlins from The Starless Sea by Erin Morgenstern

Zachary spends much of this book fending off panic attacks whenever something unexpected happens and comparing the magical world he enters to the ones he’s read about in books, which is pretty much exactly what I would do in that situation.

Nellie from Heartstopper by Alice Oseman 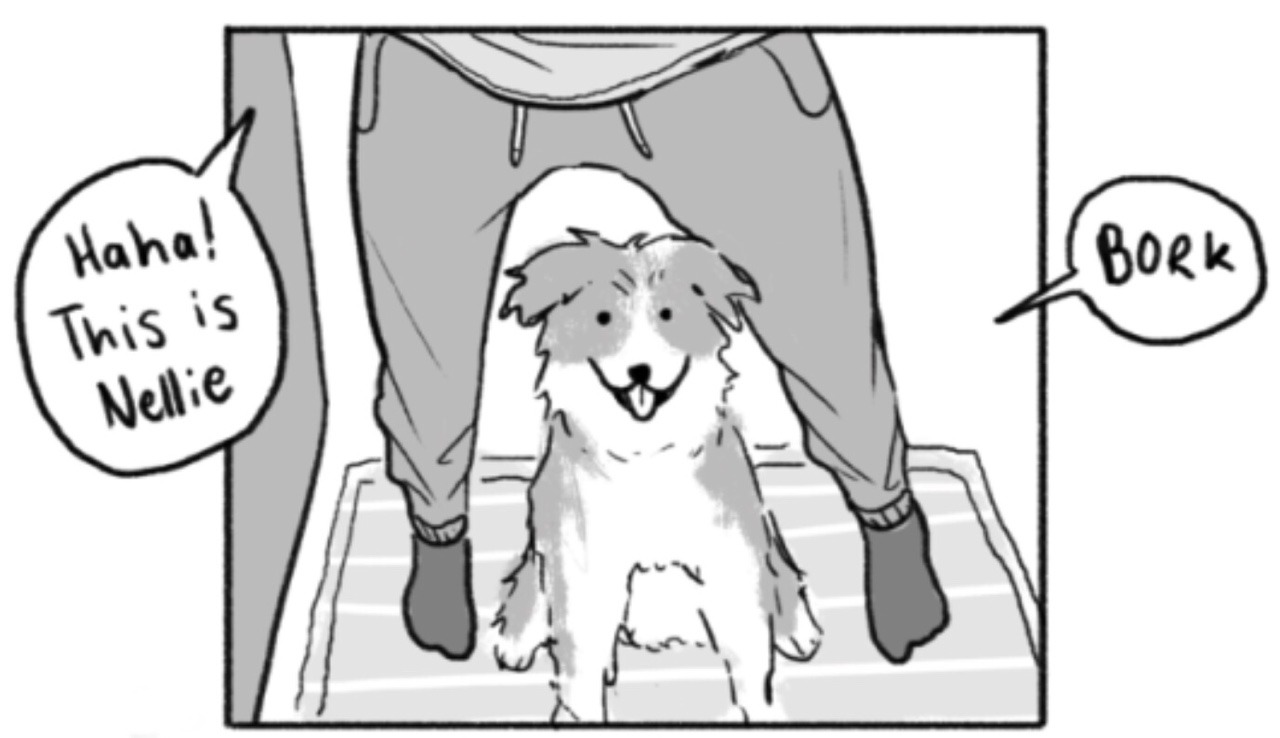 Honorable mention: Nayimathun from The Priory of the Orange Tree by Samantha Shannon (who wouldn’t want a giant freaking dragon???) 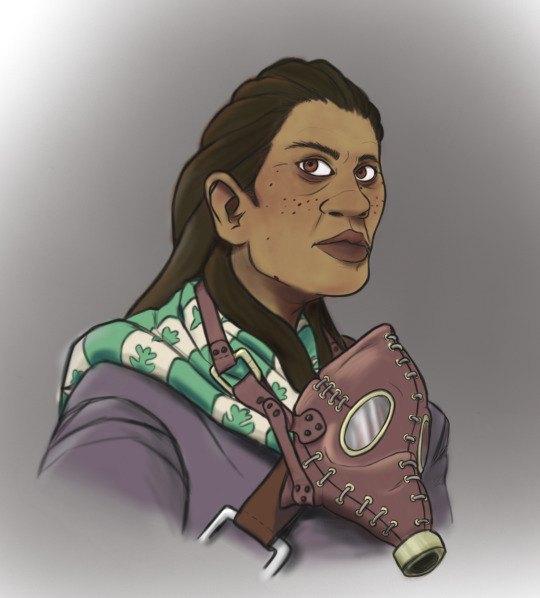 Essun is probably the most powerful character I read about all year, though to be quite honest she probably wouldn’t like being chosen for this question because that’s not how she wants to think of herself. Still, she is fierce and strong and unstoppable!

Honorable mentions: Ead from The Priory of the Orange Tree by Samantha Shannon, Spensa from Skyward by Brandon Sanderson

Am Surprised That I Loved You??

Declan Lynch from Call Down the Hawk by Maggie Stiefvater 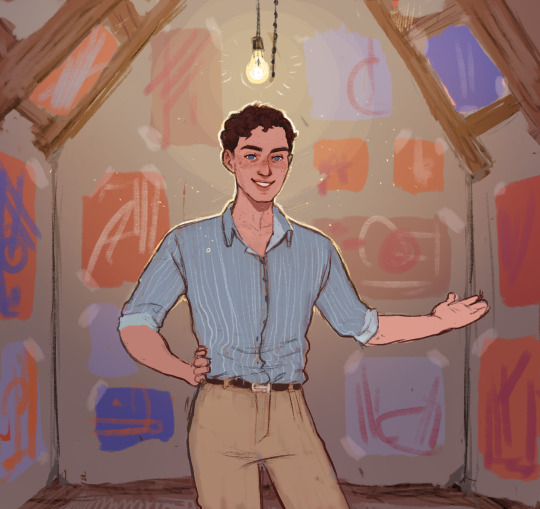 Like most people, I was pretty apathetic about Declan during The Raven Cycle, since he seemed kinda boring. But then Call Down the Hawk came around to prove me very, very wrong. Now I love him more than I thought was possible.

Elliot Schafer from In Other Lands by Sarah Rees Brennan 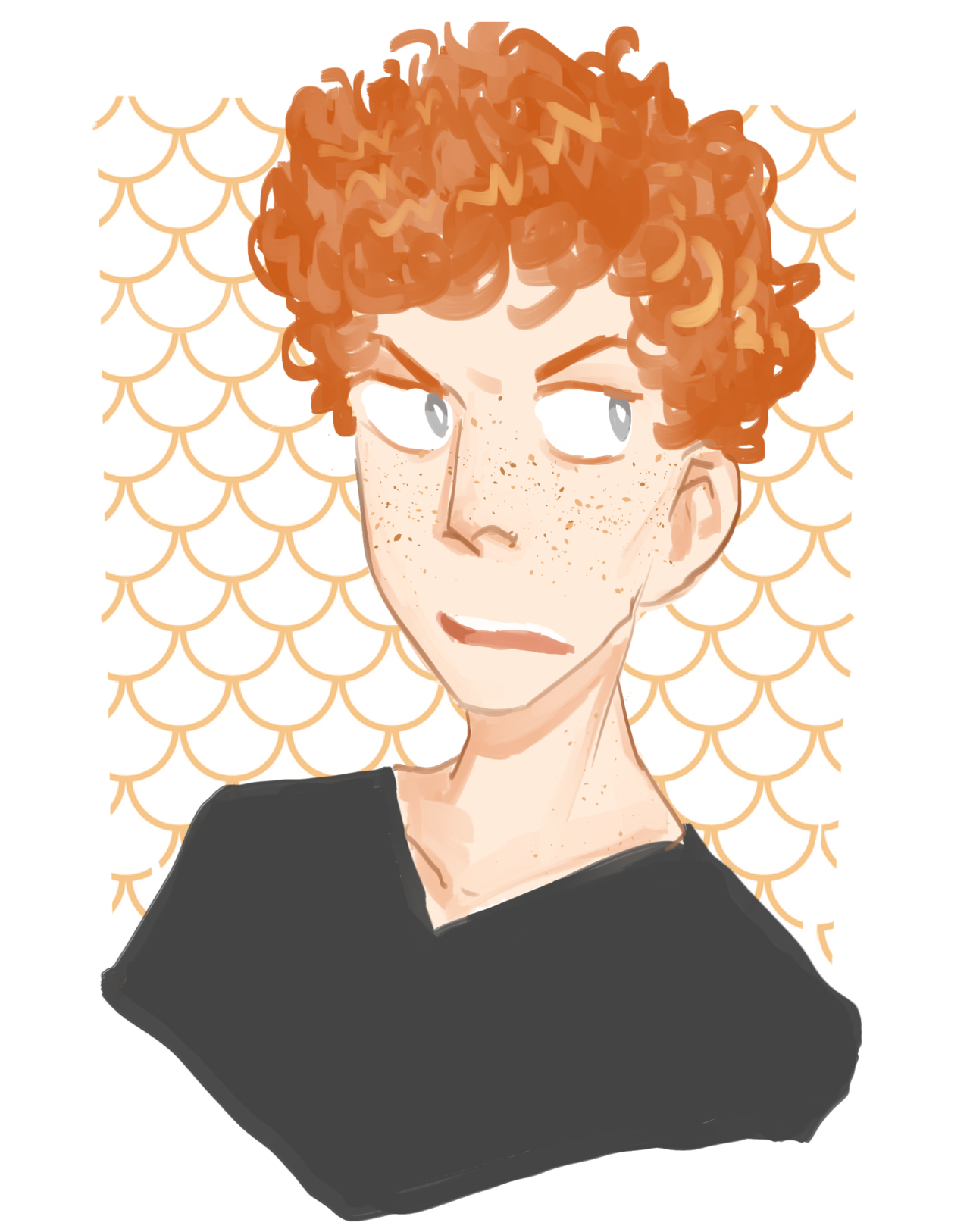 Elliot is basically incapable of saying more than two sentences that aren’t sassy, and I love him. The number of times I laughed out loud at either his internal dialogue or something he said out loud is too many to count.

This was a tough question, since I didn’t read many books with antiheroes that I actually liked this year. But this book has two main characters who aren’t really heroes at all – both of them have done some terrible things and both start out thinking the other is the villain. And that’s what makes their relationship so fascinating!

The Best Friends Of All 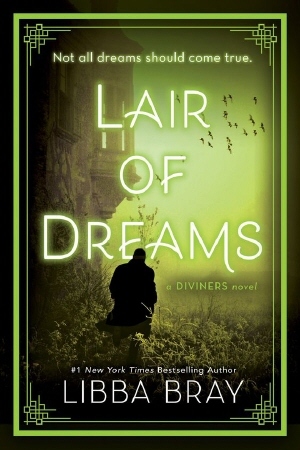 Ling and Henry are easily my favorite aspect of the Diviners series, and their antics in Lair of Dreams were wonderful. We love a platonic, mutually supportive m/f relationship!

Honorable mentions: Cass and Jacob from Tunnel of Bones by Victoria Schwab, Judy and Art from Like a Love Story by Abdi Nazemian

Hector from The Song of Achilles by Madeline Miller

I know that Hector isn’t really the big villain of this book, and he only acted this way because it was war…but I can’t help but hate him for what he does. “What has Hector ever done to me?” I want to die.

Award For Best vs Worst YA Parents

BEST: Judy’s mom from Like a Love Story by Abdi Nazemian

Is it bad that it took me a long time to think of any good parents from YA books that I read this year?? Luckily, I remembered a great one: Judy’s mom, whose name I feel bad that I can’t remember. She isn’t the most likable at first but she becomes such a great character throughout the book!

WORST: Niall Lynch from Call Down the Hawk by Maggie Stiefvater

Niall isn’t even ALIVE in this book, but he’s just so awful that he can ruin his kids’ lives long after his death. My feelings about him went in the opposite direction from Declan: I didn’t think I could hate Niall more than I did in The Raven Cycle…but once again, I was wrong.

Honorable mentions: Ben’s parents in I Wish You All the Best by Mason Deaver (I spent the entire book wanting to push them off a bridge), Kate’s dad in This Savage Song by Victoria Schwab (the WOOOORST) 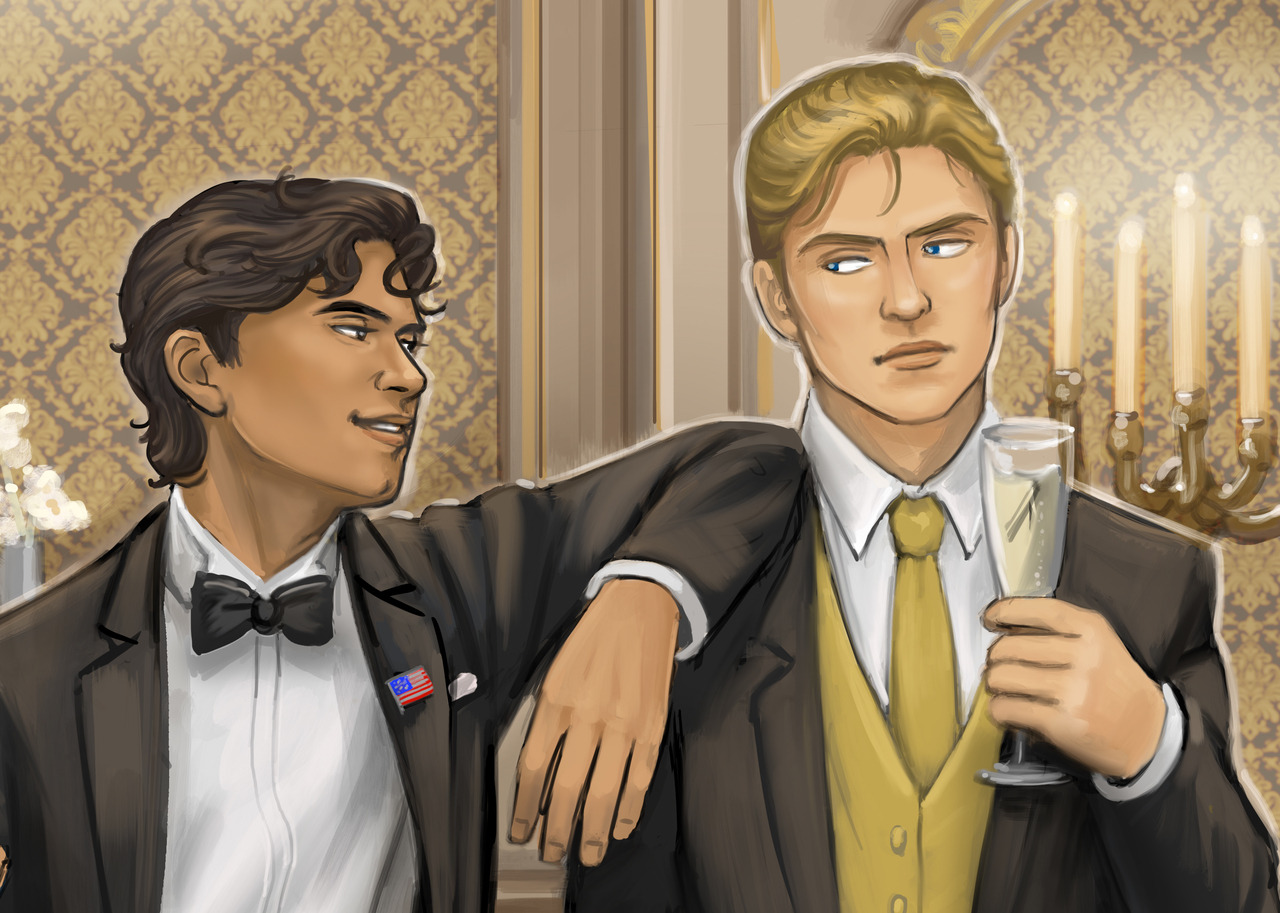 Is anybody surprised by this answer?? Alex and Henry are the OTP to end all OTPs, basically. I read this book twice this year and I’m still obsessed with them!

Honorable mentions: Caleb and Adam from The Infinite Noise by Lauren Shippen, Elliot and Luke from In Other Lands by Sarah Rees Brennan

Most Precious Must Be Protected 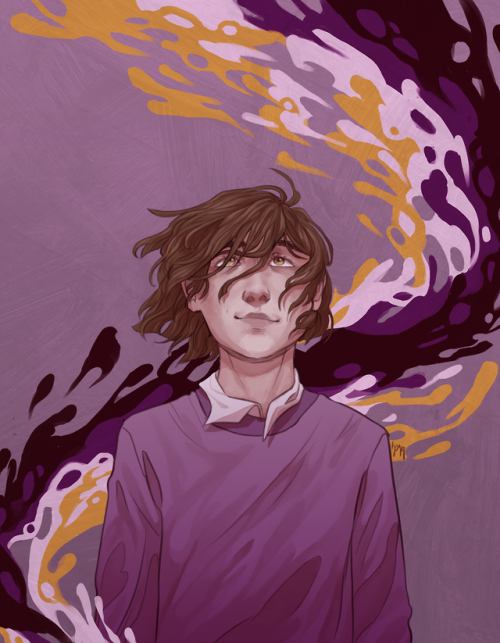 Ben deserves the world, and the fact that everyone around them doesn’t wrap them in fuzzy blankets and mugs of tea is proof that the world is unfair. Don’t worry, Ben, I’ll protect you.

Puck Connolly from The Scorpio Races by Maggie Stiefvater 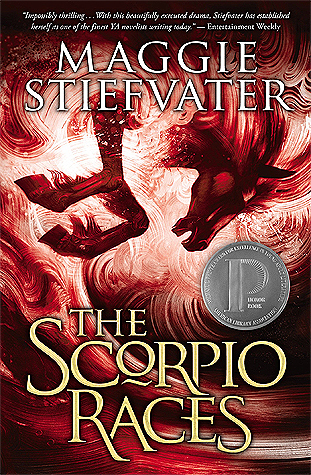 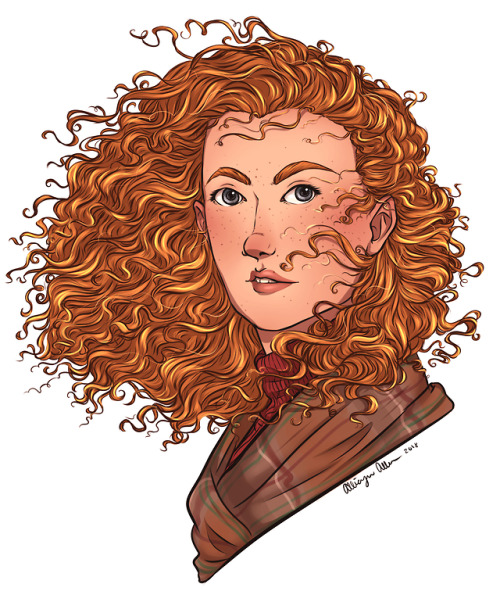 Puck: I’m going to enter into a race on carnivorous horses that’s famous for its many fatalities without training…and I’m going to win!

Maybe it’s a bit of a spoiler that Puck makes it to the end of this book alive, but honestly the fact that she’s still breathing is a minor miracle considering how many dangerous situations she throws herself into.

Award For Making The Worst Decisions 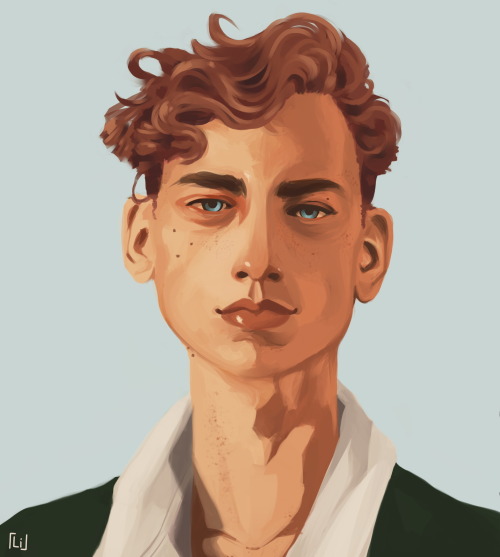 Simon in this book is pretty much determined to tear down everything good in his life, which is pretty sad to watch TBH. And Baz also isn’t great in terms of decision-making… nor is Penny. Some pretty terrible decisions made overall in this book.

Most In Need Of A Nap 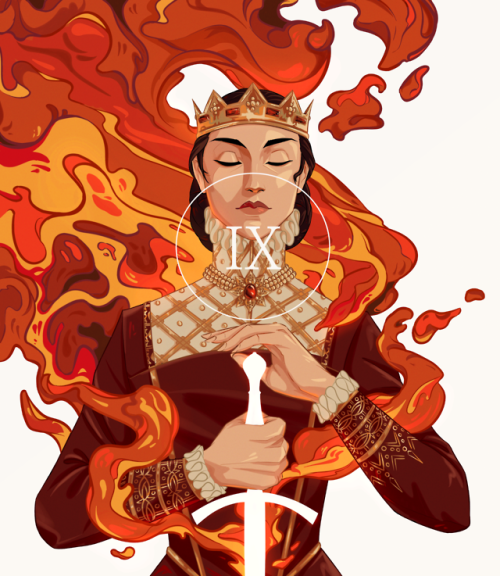 Somebody get this woman a year-long vacation from queen duties where she can spend her days taking long baths and cuddling with her girlfriend. She needs it.

Honorable mentions: Zoya from King of Scars by Leigh Bardugo (I mean she has to deal with Nikolai pretty much 24/7, she deserves a nap), Percy Jackson in the Heroes of Olympus series by Rick Riordan (the poor boy has been through enough! Let him rest!), and Hennessy from Call Down the Hawk by Maggie Stiefvater (in the most literal sense possible. She desperately needs a good, long sleep).

Want To Read More About You

Harrowhark from Gideon the Ninth by Tamsyn Muir 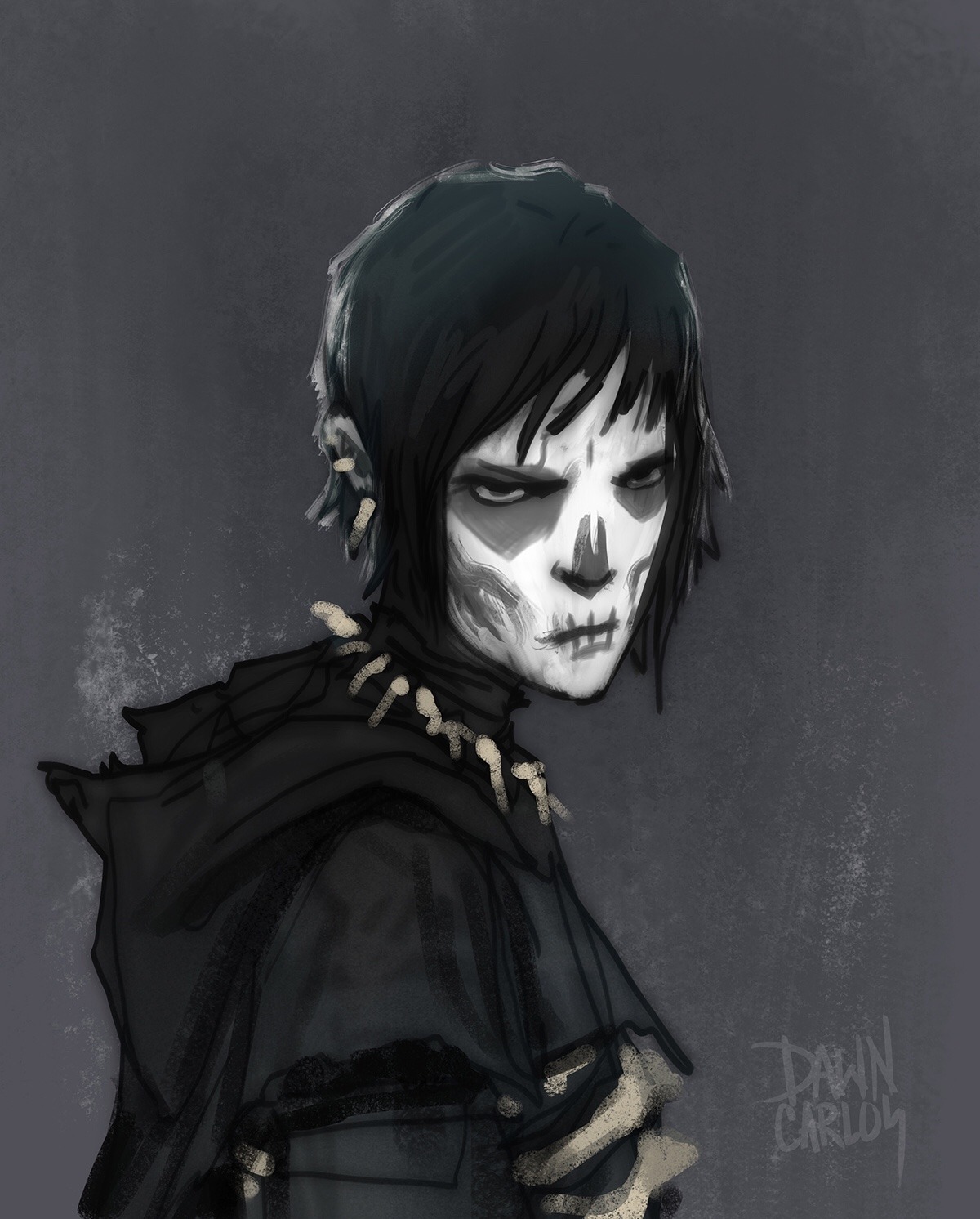 As soon as we started learning more about Harrow’s backstory, I wanted to know everything about her. And luckily, we will, since she’s the main character in this book’s sequel!

Honorable mentions: Dorian from The Starless Sea by Erin Morgenstern, Darlington from Ninth House by Leigh Bardugo, Carmen Farooq-Lane from Call Down the Hawk by Maggie Stiefvater