Look at me, actually writing reviews for once! Some of these are not-so-recent reads, but here, have my thoughts anyway.

“Uniformity is not unity. Silence is not peace.” 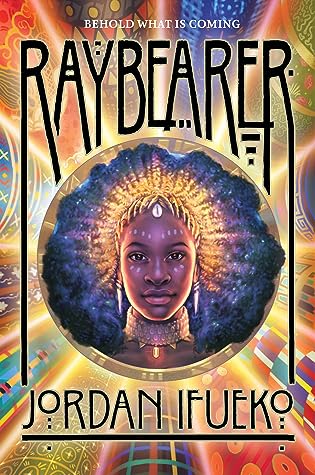 This YA fantasy follows Tarisai, a young girl raised in isolation by a frequently absent mother. When her mother sends her to compete for a spot in the prince’s magically bonded council, Tarisai thinks she might finally find a family, until she realizes that she was born for the single purpose of killing the prince.

For me, one of the strongest aspects of this book was the worldbuilding. The Aritsar empire is comprised of so many different cultures, each with their own languages, customs, and stories, and the whole place has such a sense of history and believability. This book has so much to say about justice and diversity and history that has been erased, all of which I felt was handled incredibly well. Not to mention, the concept of the Ray — a bond between the ruler and his Council of eleven — is so original and makes for some great found family feelings.

Sadly, I think this book suffered somewhat in terms of pacing. Although much of the book was very fast-paced and action-packed, there were other times when the story dragged, or time skipped by inexplicably without giving enough of a sense of what had happened in that gap. I liked that this book was quite character and relationship driven, and while some of the relationships were incredibly compelling — like the one between Tarisai and her mother — others were not. As much as it was important to the story, I could not bring myself to care about the main romance. (What else is new?)

Still, this is a wholly unique fantasy book that I think plenty of YA readers will love!

Ana on the Edge by A.J. Sass 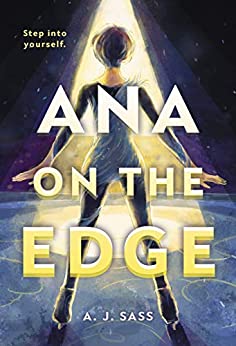 Ana is the latest US Juvenile figure skating champion, but she’s having trouble with her new princess-themed program. When she is mistaken for a boy by someone at her rink, she doesn’t correct it, and from there she begins to question how she sees her own gender identity.

Basically, this is the story of a nonbinary figure skater finding her place in a gendered world. It falls into my absolute favorite category of middle grade book: character focused, heartwarming, all about self-discovery and coming-of-age. While it handles some difficult topics, it always feels safe and compassionate toward its characters. I loved the discussions of gender, performance, and identity—the readers are right there alongside Ana as she figures herself out and rethinks everything she thought she knew. I’m so glad that this book exists because I know it’s going to mean a lot for so many young readers.

After accidentally overhearing the breakup of the school’s most popular couple, Claudia gets roped into helping with her school’s production of A Midsummer Night’s Dream alongside the less friendly half of said couple.

Congratulations to everyone who told me to read Emma Mills, because you were right. I loved this. It’s one of those books that’s difficult to pinpoint exactly what made it so special, because while I was reading there wasn’t a moment that made me think this is amazing. I just flew through the pages and before I knew what was happening I was reading the ending with tears in my eyes, having no idea how the stories and characters managed to sneak into my heart like that. As Jane Austen would say, “I was in the middle before I knew that I had begun.”

The characters were, unsurprisingly, the absolute best part of this book. Claudia’s narration is absolutely hilarious, and the whole cast manages to feel slightly larger than life while remaining relatable and pulling at my heartstrings. I loved the friendship between Claudia and Iris so much, and Gideon is the absolute best kind of male love interest who makes me think that some men do deserve rights. Every word of this book bursts with heart and joy, and by the time I got to the end, I didn’t want to say goodbye to all of the characters that I felt like I had befriended along the way.

So, which Emma Mills book should I read next?

Why Fish Don’t Exist: A Story of Loss, Love, and the Hidden Order of Life by Lulu Miller

“The longer we examine our world, the stranger it proves to be.”

With her life falling apart, Lulu Miller turned to the story of 19th century taxonomist David Starr Jordan and his legendary persistence, hoping that investigating his life would help her find order in an existence that seems to be ruled by Chaos.

I didn’t know what to expect going into this book, but after hearing about it a few times, I checked out the audiobook from my library on a whim. I’m so glad I did, because this is easily the best nonfiction book I’ve read in 2020. Part memoir and part biography, it switches between the author’s life (particularly her experiences with depression and the end of a long-term relationship) and the life of David Starr Jordan, who’s best known for discovering and naming a huge portion of the fish that we know today.

This little book manages to tackle some of the biggest and oldest philosophical questions we have, such as making sense of a seemingly meaningless existence, how we survive adversity, and whether we can ever truly understand the universe. I don’t even fully know how to describe everything that this book covers, and I think part of the joy is figuring it out as you go along, so I don’t want to give too much away. I highly recommend this if need to have your faith in existence restored—it’s both sad and hopeful at the same time and exactly what I needed at this point in my life.

Have you read any of these books? Do you agree with my thoughts? What have you read recently?